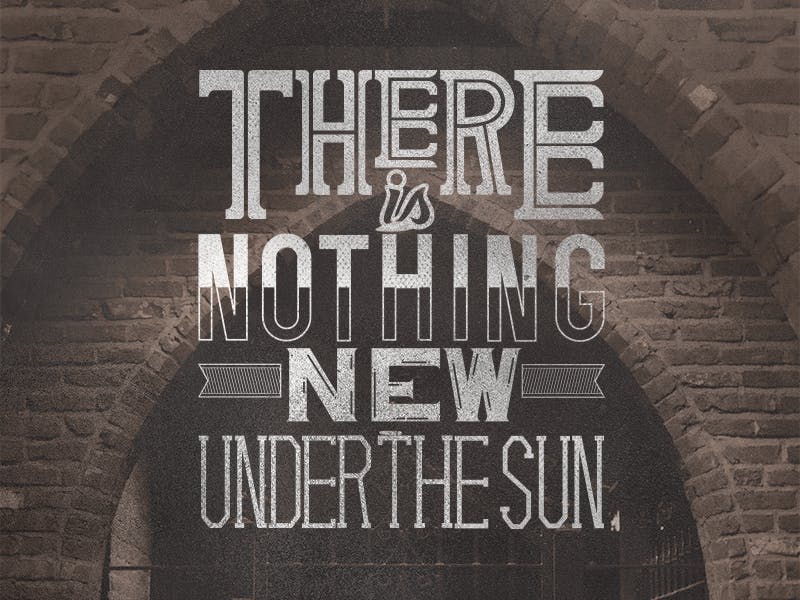 Stress or Distress ? The difference is your perception.

History merely repeats itself. It has all been done before. Nothing under the sun is truly new.

One significant reason why there is such an extreme degree of bearishness, pessimism,
bewildering confusion, in the minds of investors right now, is that most people today have nothing in their own experience that they can relate to our current economic situation and market decline.

My message to you, therefore, is: “Courage! We have been here before. Bear markets have lasted this long before. Well-managed mutual funds have gone down this much before. And shareholders in those funds and we the industry survived and prospered.”

Today there are thoughtful, experienced, respected economists, bankers, investors and
businessmen who can give you well-reasoned, logical, documented arguments why these economy is different; why this time the economic problems are different; why this time things are
going to get worse — and hence, why this is not a good time to invest in common stocks, even
though they may appear low.

Today people are saying: “There are so many bewildering uncertainties, and so many enormous
problems still facing us — both long and short term — that there is no hope for more than an
occasional rally until some of these uncertainties are cleared up. This is a whole new ballgame.”

In 1942 everybody knew it was a whole new ballgame. And it sure as hell was. Uncertainties? We
were all in a war that we were losing. The Germans had overrun France. The British had been
thrown out of Dunkirk. The Pacific Fleet had been disastrously crippled at Pearl Harbor. We had
surrendered Bataan, and the British had surrendered Singapore. The U.S. was so ill-prepared
for a war that the cavalry school at Fort Riley was still teaching equestrian tactics, and I would guess that probably 75% of our field artillery was equipped with horse-drawn, French 75mm guns, Model 1897 (including the battalion in which I was then serving).

In April 1942, inflation was rampant. A Federal Reserve bulletin stated: “General price increases
have become a grave threat to the efficient production of war materials and to the stability of the
national economy.”

Today there is concern about the slump in housing construction. On April 8, 1942, the lead article in the Journal was: “Home construction. Total far behind last year’s; new curbs this week to cut further … Private builders hard hit.”

Today almost every financial journal or investment letter carries a list of reasons why investors are standing on the sidelines. They usually include:

These are serious problems.

But on Saturday, April 11, 1942 (remember when the exchanges were open on Saturday?), the Wall Street Journal stated: “the factors that are depressing potential investors are“:

On the same day, discussing the slow decline of many groups of stocks, a leading stock
market commentator said: “The market remains in the dark as to just what it has to discount. And as yet, signs are still lacking that the market has reached permanently solid ground for a sustained reversal.”

Yet on April 28, 1942, in that gloomy environment, in the midst of a war we were losing, faced with excess profits taxes and wage and price controls, shortages of gasoline and rubber and other crucial materials, and with the virtual certainty in the minds of everyone that once the war was over we’d face a post-war depression in that environment, the market turned around.

What turned the market around in April of 1942?

Simply a return to reality. Simply a slow but growing recognition that despite all the bad news, despite all the gloomy outlook, the United States was going to survive, that strongly financed, well managed U.S. corporations were going to survive also. The reality was that those companies were far more valuable than the prices of their stocks indicated. So on Wednesday, April 29, 1942, for no apparent visible reason, investors again began to recognize reality.

“Some people say they want to wait for a clearer view of the future. But when the future is again clear, the present bargains will have vanished. In fact, does anyone think that today’s prices will prevail once full confidence has been restored?”

Have courage! We have been here before — and we’ve survived and prospered